Abe is a passionate and experienced civil rights and criminal lawyer. He has represented clients in police misconduct, wrongful conviction, and criminal matters in federal and state court across New York.

Prior to co-founding Lord & Schewel, Abe served as a law clerk to the Honorable Jack B. Weinstein in the Eastern District of New York. Before clerking, he worked as a public defender at the Legal Aid Society in Manhattan where he successfully represented numerous clients at hearing and trial, and brought a constitutional challenge to New York’s juvenile age statute.

In law school, Abe worked with the Southern Poverty Law Center on a class-action suit alleging cruel and unusual punishment at a prison in Florida’s Middle District. He also worked with the Brennan Center for Justice on voting rights issues and with the Center for Death Penalty Litigation on post-conviction appeals. 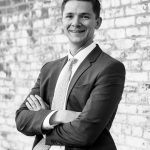 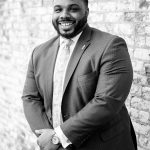 Masai Lord is a veteran trial attorney who has handled over a thousand cases in a wide variety of matters in state and federal court. He has conducted jury trials in both federal and state courts and also has negotiated settlements on civil rights and employment related matters. Mr. Lord is also an of-counsel union attorney.

He is a tried and true New York litigator. With a father born in Bed Stuy and mother born in Barbados, Masai understands and appreciates the diverse and dynamic populations that make up New York City.

Prior to co-founding Lord and Schewel, Masai worked as a public defender in Kings County in Brooklyn. During his tenure, Masai won more trials than any other attorney in the office. His aggressive motion and trial practice has resulted in most of his cases that were supposed to be tried actually being dismissed instead. He has also successfully litigated first amendment challenges to recent New York City legislation. As an expert in cross examination, Masai has been able to secure acquittals in some violent felonies and DWIs after the juries deliberated for only a few minutes.

Masai is a director of the St. John’s School of Law Alumni Association. He is also a member of Alpha Phi Alpha Fraternity, Incorporated.

Rob Rickner is Of Counsel to Lord & Schewel.  Rob has experience litigating claims involving wrongful conviction, police misconduct, freedom of speech, and commercial disputes.  He founded Rickner PLLC in 2017 both to continue his years of civil rights work and to try new, innovative ways of litigating commercial cases.

Get in touch today.

Prior results do not guarantee a similar outcome.